When researching our route, Botswana was originally the country we were looking forward to traveling in the most. We heard, and read, about the beauty of the Okavango Delta (the largest inland delta in the world) and watched videos of other cyclists passing wild animals on the stretches of open landscapes. Funny how by the time we actually got to Botswana, we had learned how dangerous wild elephant can be, and we suddenly felt very vulnerable on our bicycles! We were on edge as we cycled the highway sandwiched between two game reserves, on the lookout for lions and elephants. Luckily we didn’t run into any, but we did see zebra, impala, wild dogs and hawks. Vultures also followed us for a time, but soon realized there was easier prey to be found elsewhere. We saw them join another group of vultures circling something just out of sight of the road. We didn’t hang around to find out what it was, and on reflection, we should have stopped to take more photos of what we did see. Other than the one day cycling by the game reserves, we didn’t see the plethora of wildlife we expected. It became a running joke as we pointed out the “herds” of “wild” cow, donkey, goat, and horse. Mostly, we saw a lot of giant hilariously-shaped termite mounds. We found out later the big ones actually took 20+ years to build! It was a relief to find ourselves in such a desolate stretch after passing through such populated countries. Botswana has a population of 2 million compared to Zimbabwe’s 16 million. It has been a rare treat for us to see more animals on the road than people. 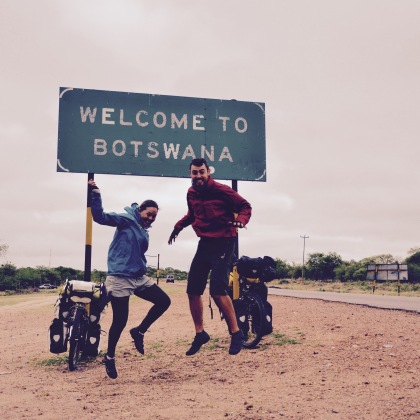 Token jumping photo! (Finally got a winner after several failed attempts with the self-timer)

First time for everything. Passing car asked for some air! 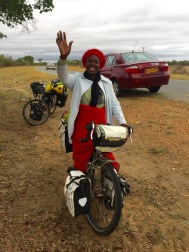 Friendly Botswana cop – set us up with a space to camp

Our view for several days… 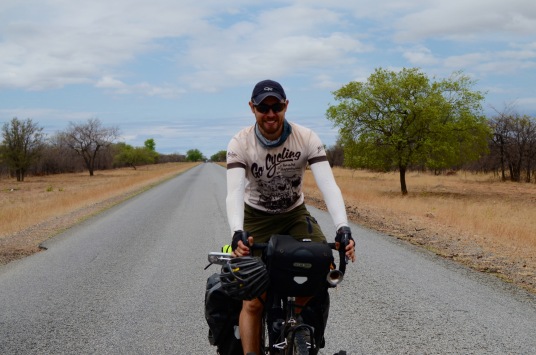 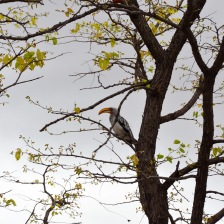 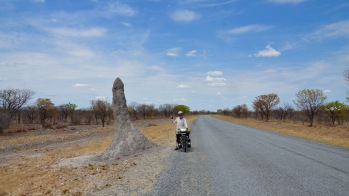 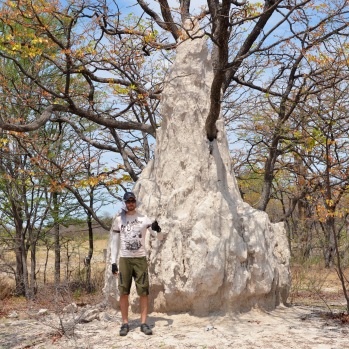 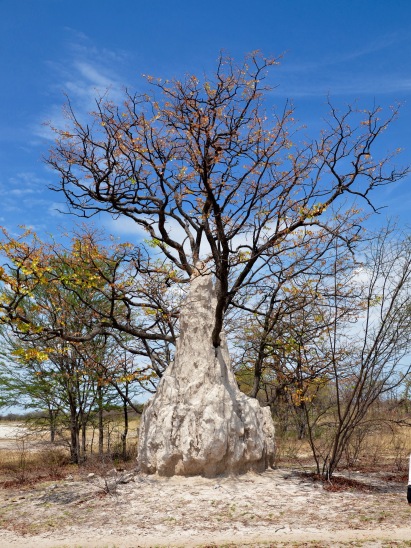 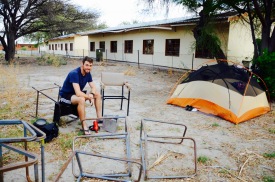 Camping at a school in Motopi after the clinic turned us away. We were glad in the end – it was surprisingly quiet for a school. Great spot! 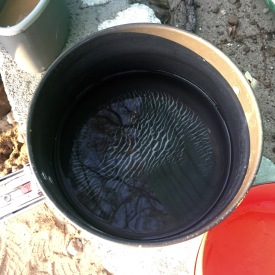 The water in Botswana can be salty, this time visibly so. 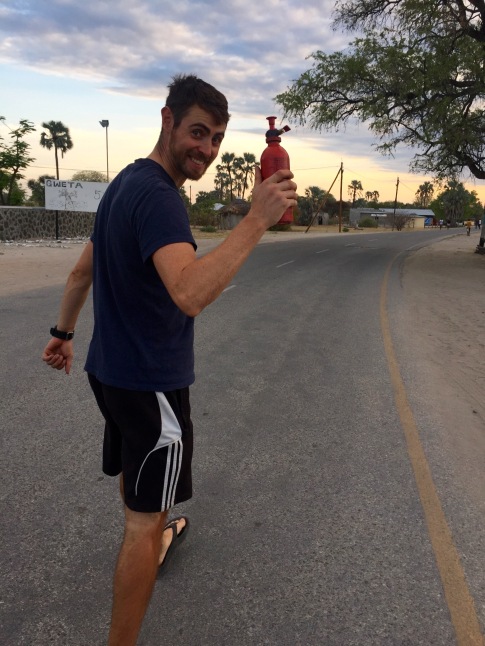 A failed attempt to burn a cleaner fuel alternative left us in a town with no gas station. Luckily, a friendly local pointed us to the right house. $1 for a “full tank”.

Enjoying simple luxurious at an AirBnb in Maun 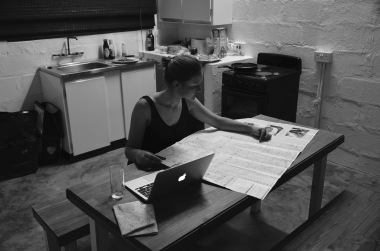 We had planned to take advantage of the remoteness in Botswana by wild camping again. However, when it came down to it the convenience of running water and a toilet was too good to turn down. We found ourselves camped next to a accommodating police stations a couple times, something we wouldn’t have asked the police in Zimbabwe to do. The police here are very helpful, and even recommend stations in upcoming towns! We also stayed at the deserted campsite of the Nata bird sanctuary and a [quiet!] primary school.

Another pleasant surprise about this stretch has been the flat roads. We routinely cycled our daily average (100km – 62.2 miles) by lunchtime – which is lucky because it gets hot here and routinely hits 40C. Usually we look down at our speedometers with a touch of trepidation – how far do we have to go? we can’t be going this slow, can we? – but in Bots its like your legs are in cruise control. We zoom along at an average 16mph, thanks in large part to the tail wind. We even beat our daily distance record covering 130km in just 5 hours. As we cycled along, we discussed how we could experience more of what Botswana has to offer when the majority of the country [and National Parks] beyond major towns/cities is only accessible by 4-wheel drive.

After resting in the city of Maun, the gateway of the Okavango Delta, we decided to book a campsite and boat trip into the Delta. We were grateful of the opportunity to view wildlife from a Mokoro (traditional dugout canoe) and on our first walking safari. We saw fish eagle, wildebeast, zebra, antelope, a buffalo, and lots of animal poop. There are lion and rhino in the park, but we did not catch a sighting of these elusive animals. Maybe we will spot them in upcoming countries. Tomorrow we head out again, this time our sights are set on Namibia! 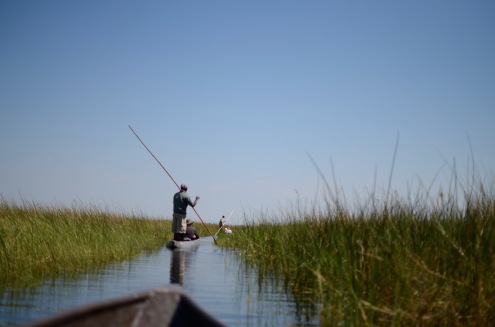 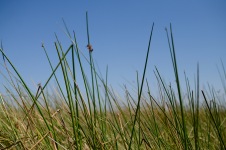